NHL: And the most useful player of the league is...

We all know that the good old plus/minus is flawed. Most notably, it doesn’t take into account the quality of your teammates or that of the opposition. So here is my idea: why not use a Poisson regression?

The Poisson regression is a special type of regression where the response variable is a count. For example, ecologists will model the number of fish in samples of a lake of varying volume, accounting for different characteristics of that volume, and actuaries will model the number of claims someone will make during a car insurance policy of varying duration accounting for different characteristics of the driver.

My plan is to find out which factors (players) influence the rate at which a team will score during a shift taking into account the 6 players (including goalie) on that team, and the 6 players against them.

As usual, the code is available on github.

If your team doesnt make it to the end of the playoffs, make sure to use my pub crawling app to get you drunk and home optimally.

Disclaimer: I haven’t watched a game with passion since Kovalev faked an injury against my beloved Nordiques in the year we were meant to win the damn cup. I also haven’t followed hockey advanced analytics ever, so this may be a very old or very bad idea, but I still thought I’d share it because I had fun building this :).

Let’s look at this shift chart from a Montreal vs Toronto game. 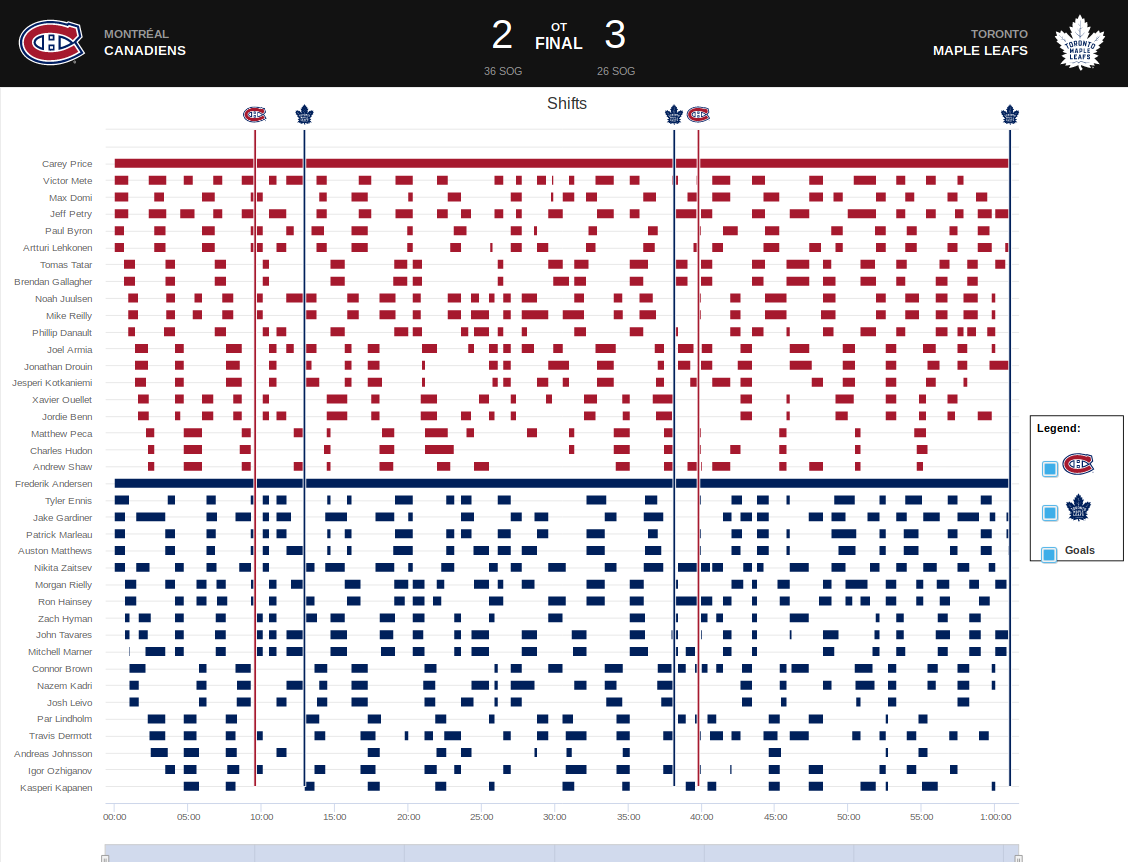 I define a “shift” as a period of time where all the players of both team are identical.

The first shift is Price-Mete-Domi-Petry-Byron-Lehkonen vs Andersen-Ennis,Gardiner-Marleau-Matthews-Zaitsev and it lasts 38 seconds, until Byron and Lehkonen leave the ice.

The second shift is Price-Mete-Domi-Petry-Tatar-Gallagher vs Andersen-Ennis,Gardiner-Marleau-Matthews-Zaitsev and it only lasts 4 seconds, until the Leafs replace 4 players at 00:42.

The third shift is Price-Mete-Domi-Petry-Tatar-Gallagher vs Andersen-Ennis-Rielly-Hainsey-Hyman-Tavares and it lasts 14s, until the Mete-Domi-Petry line is replaced at 00:56.

During a shift, both teams have a chance to score a goal, so I the model includes two lines for each shift, one for each team attempting to score. The columns included in the model are “did the team score?”, “how long did the shift last in seconds?” and “who was playing on offense and defense” ?

In the case of our first shift, the two lines created would be as follow:
0 goal, 38 seconds, offense: Price-Mete-Domi-Petry-Byron-Lehkonen , defense: Andersen-Ennis,Gardiner-Marleau-Matthews-Zaitsev.

For the model, I only keep “shifts” where the strength is an even 5 on 5 (plus goalies).

There are many ways to model a Poisson regression. My go-to solution would have been to use a Generalized Linear Model (GLM) because it would have output a coefficient for each player for defense and offense and would have made the players directly comparable. However, I quickly ran into issues because the GLM had a hard time digesting the 2006 features and 622 502 rows and wouldn’t converge. The alternative was to use a more powerful but less straightforward Gradien-Boosting model (GBM). I chose to use LightGBM because its fast and has a low memory need, which made it possible to run on my 32GB RAM computer.

More precisely, I score the model using a value of “0” for all features, except for the variable I am interested in (ex: against_player_PK_Subban), which is set to “1”.

I create a few functions to allow me to download the data from NHL.com’s API. They are on the github repo mentionned above and have straightforward names such as get_schedule(), get_player_data(), get_data() and get_shift_data().

Swap John Carlson and your team will suddenly score at a rate of average of 3.76 goals per 60 minutes played and suffer a slightly increased goal rate of 2.69.

Crosby (3.55) and Kucherov (3.48) are slightly behind. They were kind of obvious, but what is Carlson doing there? He is a defenseman! Maybe whoever is in front of him will receive better passes and play offense with more confidence, allowing them to score goals.

The players that have the best defensive impact (reducing the rate at which the opponent score) are Andrew Cogliano (DAL), Derek Ryan (CGY)and Danton Heinen (BOS). I honestly don’t know them, so let me know what you think.

Finally, who are the best of the best? Those who help their team score and prevent the other team from scoring? The difference between the offense and defense score is the expected amount of goals by which an average team employing that player for 60 minutes per game would win against an average team.

The best players are still Carlson, Crosby and Kucherov.

Here is the table for the goalies only. Controlling for the opposition and his defense, the best goaltender who played more than 10 hours appears to be Cal Petersen, who brings the average rate of goals against per 60 minutes down to a cool 2.08. What do you think?

So this kinda worked. Results aren’t too different from expectations, with Crosby and Kucherov getting pretty good results. There is one issue that remains: everyone should be getting a specific value for offense and defense, but the model has allocated the “average” value for offense or defense to a very high number of players.

I tried increasing the number of trees ( to 50 000!) and reducing the learning rate to allow the model to better segment “average looking players”, but the problem isnt solved. I probably need more data, so a solution might involve looking at more seasons looking at shots (controlling for quality) instead of goals.

So, what do you guys think? 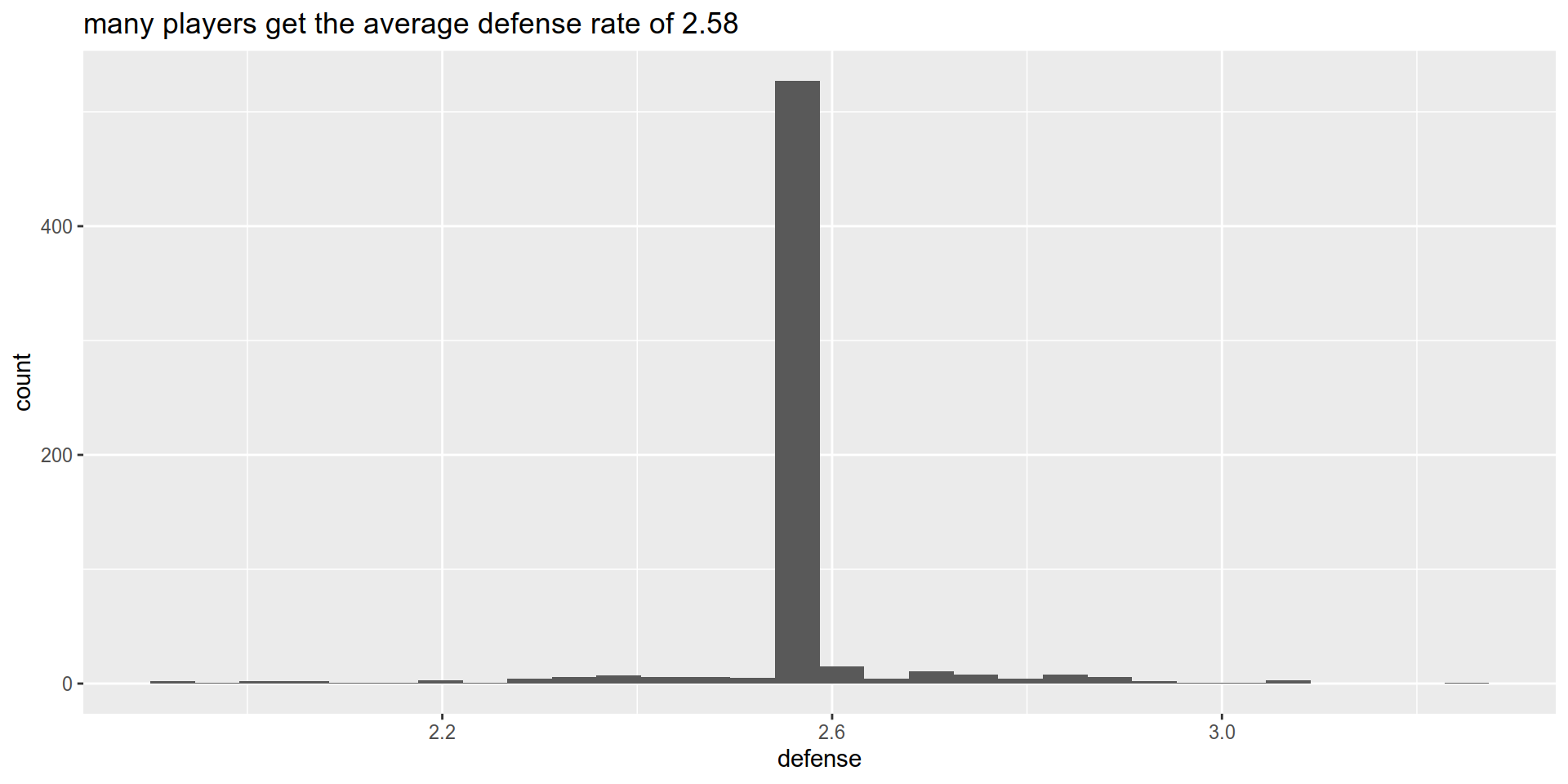 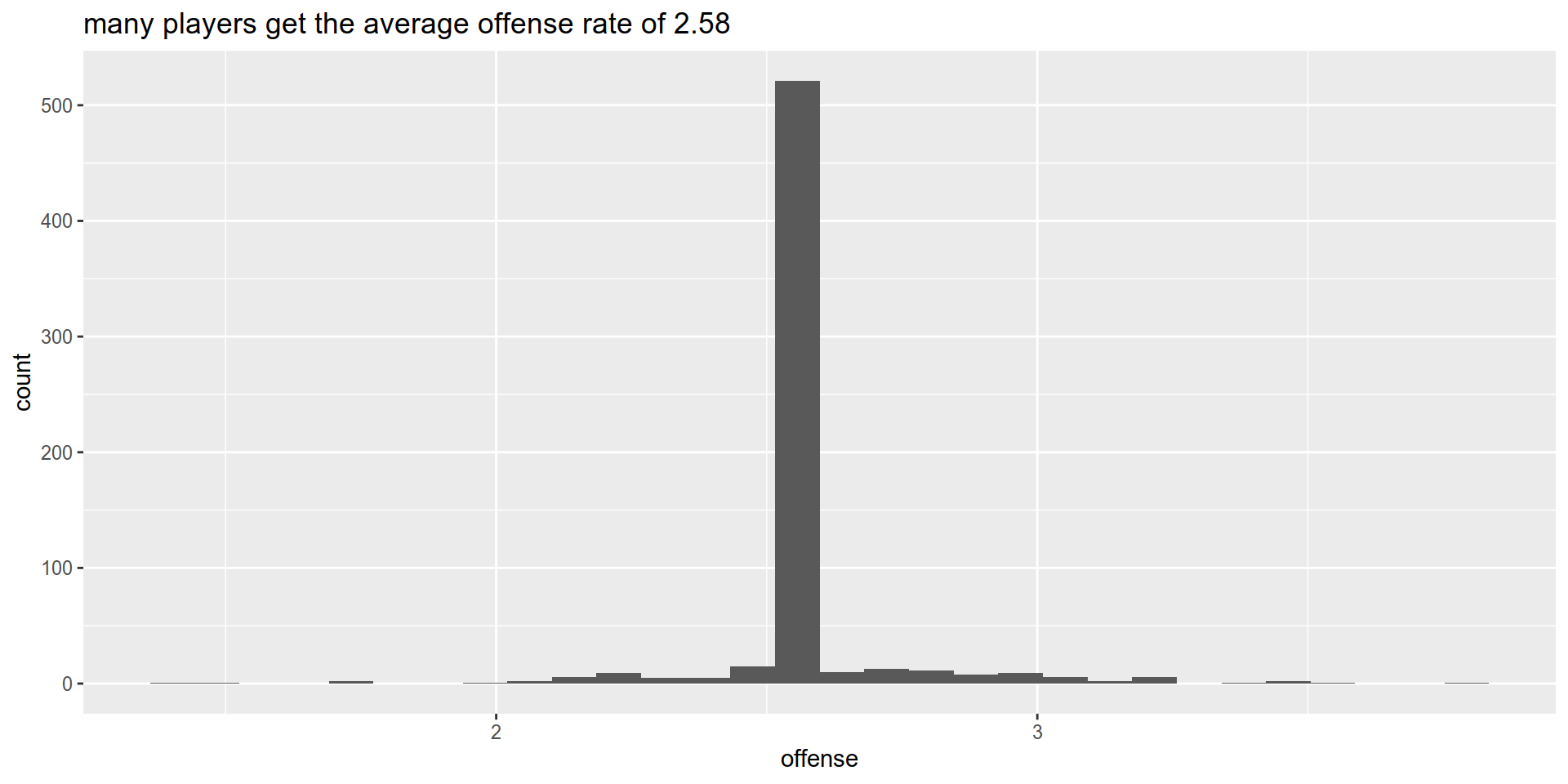 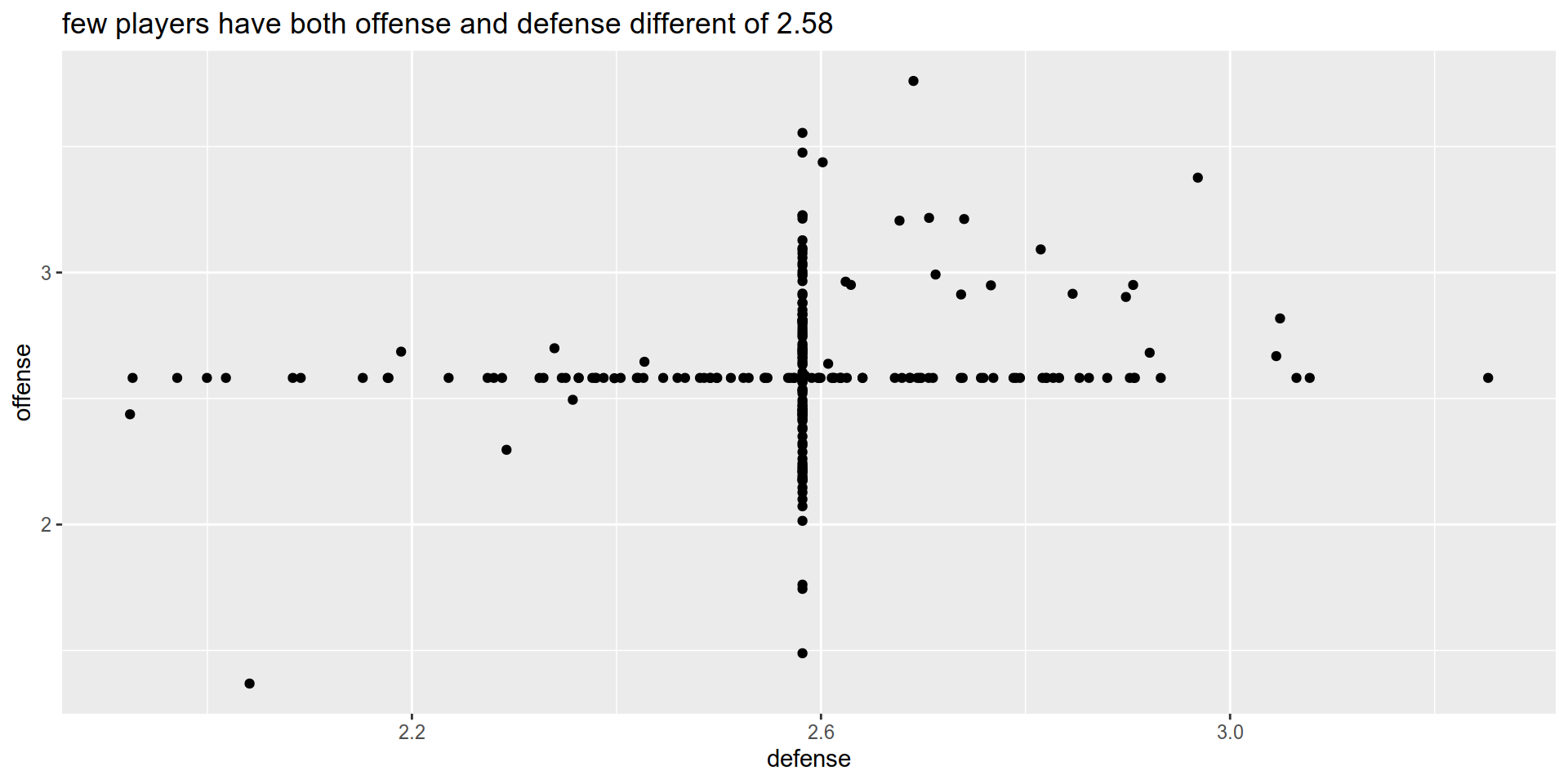 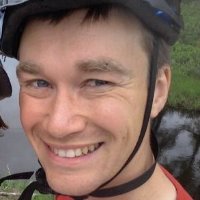